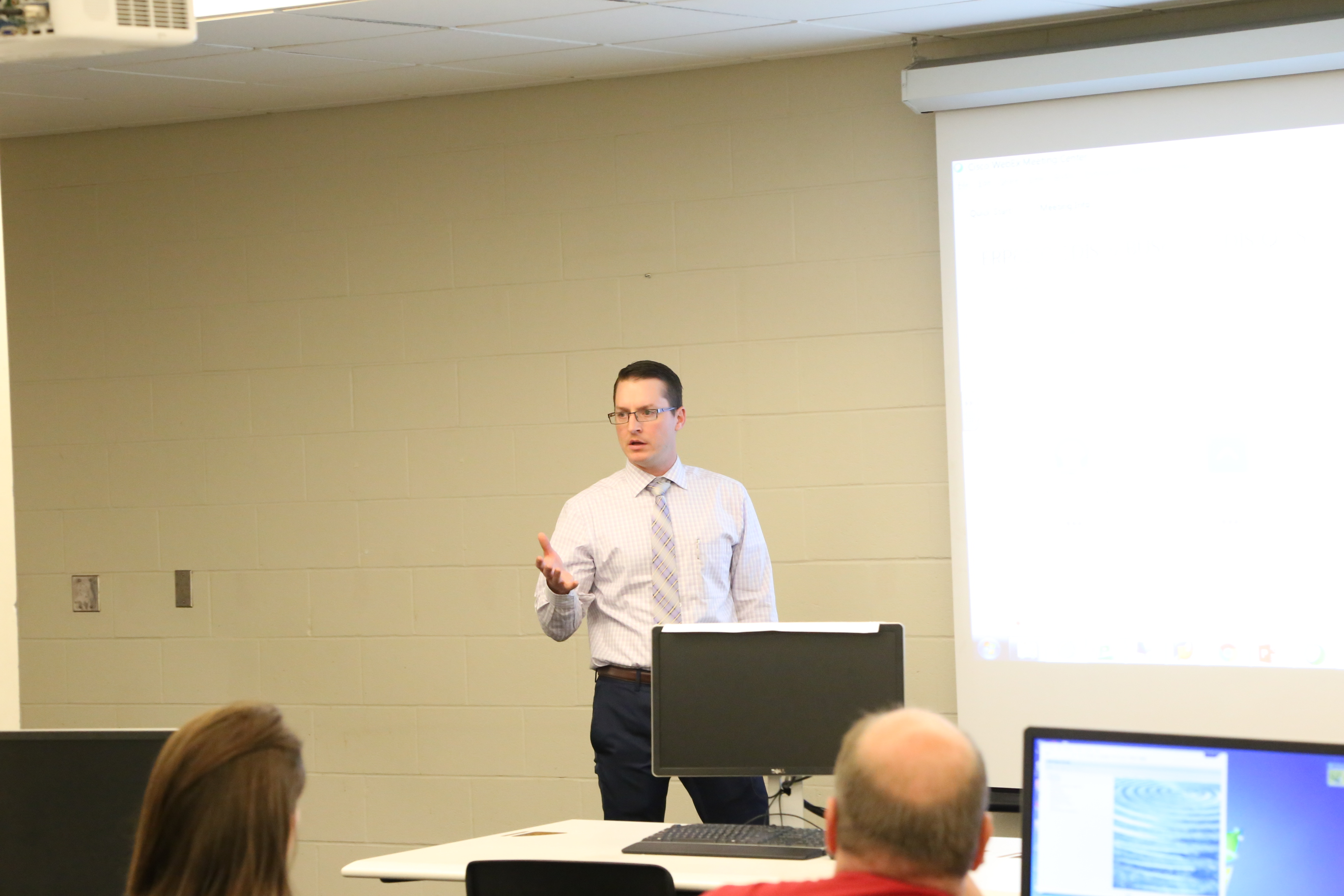 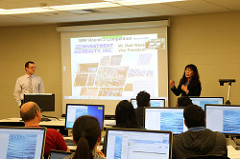 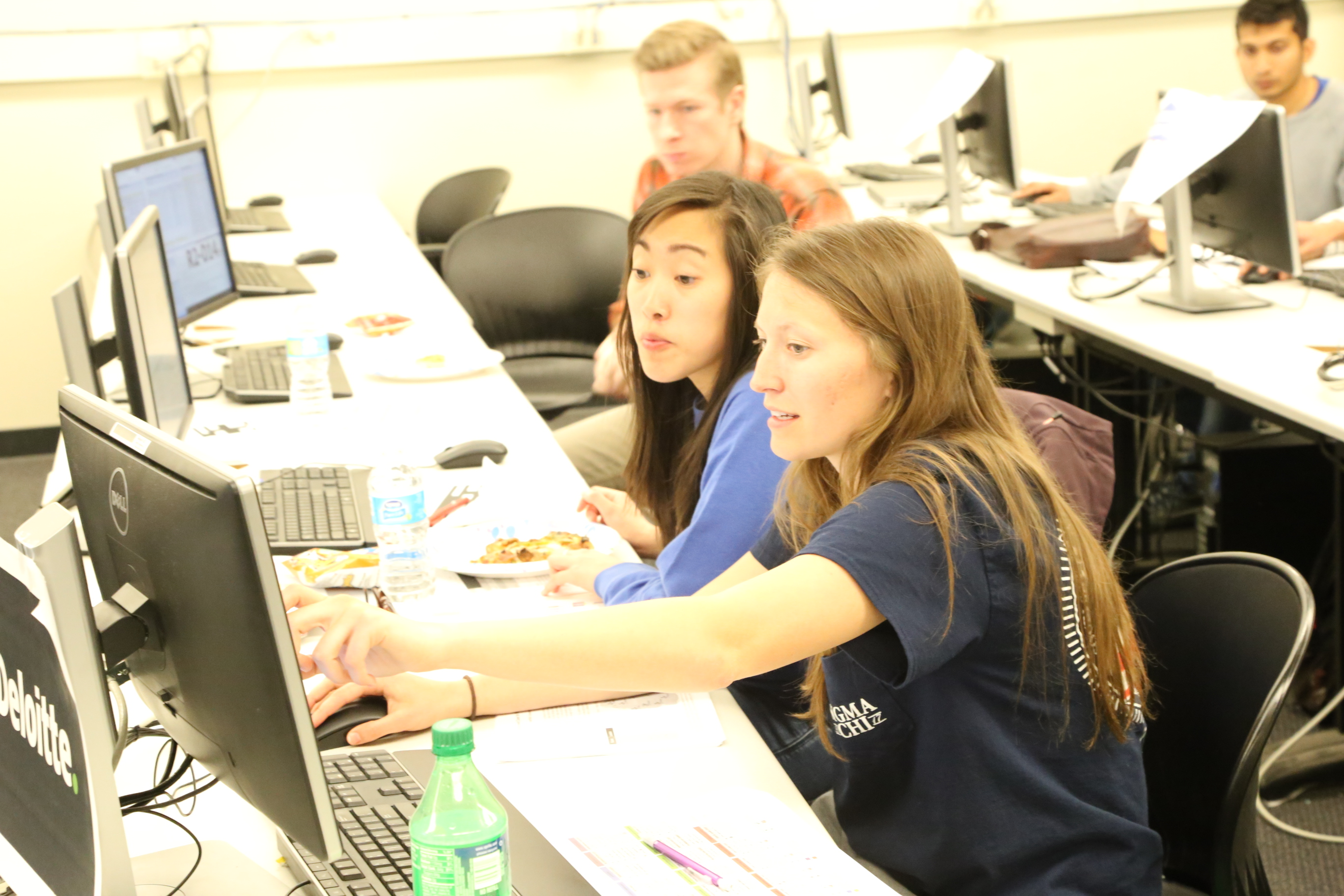 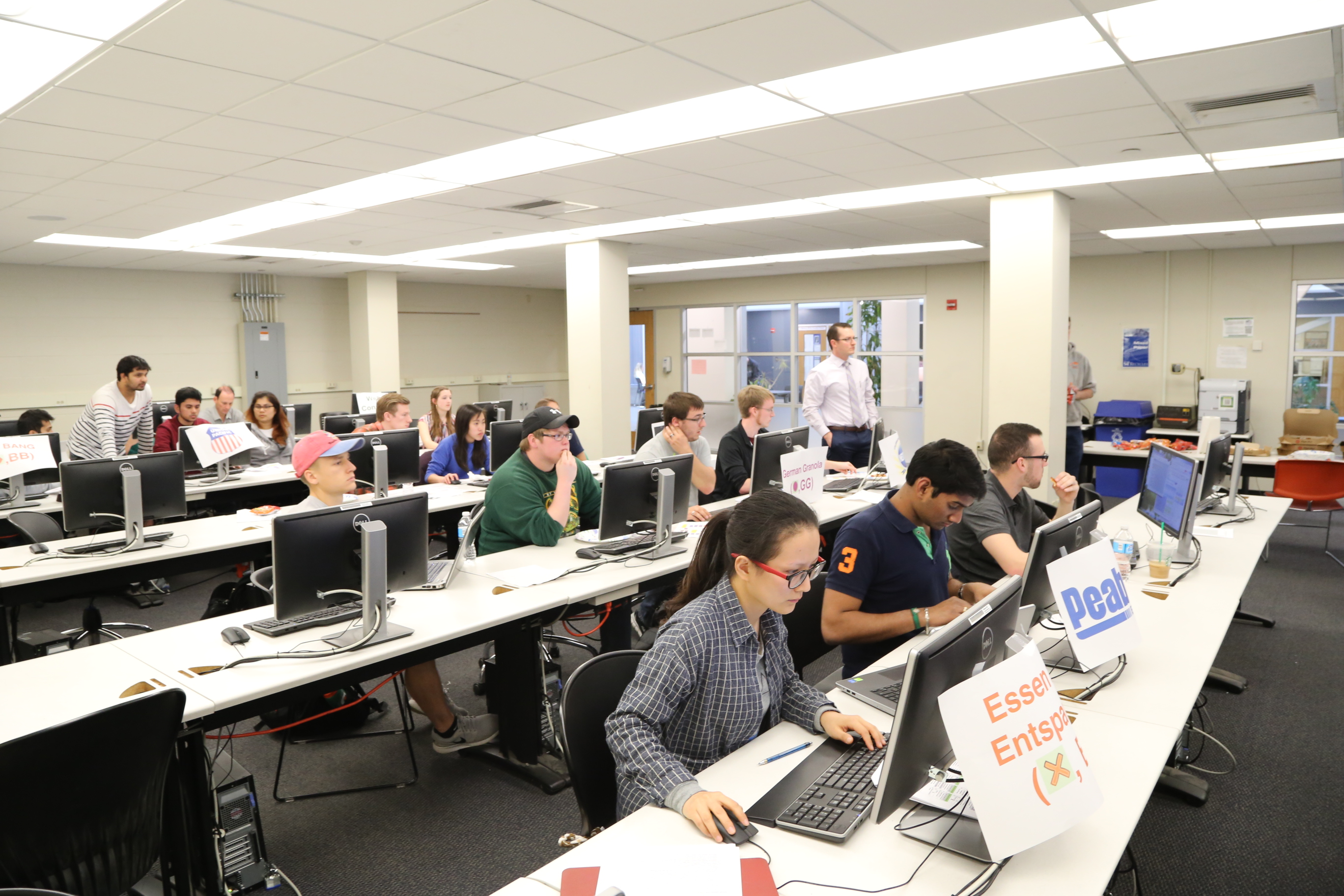 Mr. Matt Woessner from Investment Realty  joined the simulation competition as an industry exepert to give feedback and guidance to the competing teams. Mr. Woessner  is the vice president for at Investment Realty.

Investment Realty and S&T's Center for ERP worked together to host Quarter 2 of the SAP Simulation Competition on Thursday, March 23th . Mr. Woessner of Investment Realty joined the seven student teams and shared information about how property and property loans can play a big role in the budget of any company.

This simulation competition is for graduate and undergraduate students at Missouri S&T. Students run a simulation for a business for five quarters over the span of several months where they compete head to head to gain special training from S&T ERP students, faculty, and industry partners. Teams compete for awards, company sponsorship prizes, and the chance to represent Missouri S&T in the 2016 International ERP Simulation competition.

© 2021 - Curators of the University of Missouri | UM System | Privacy Policy | Terminalfour
Missouri S&T is an equal opportunity/access/affirmative action/pro-disabled and veteran employer and does not discriminate on the basis of sex in our education programs or activities, pursuant to Title IX and 34 CFR Part 106. For more information, see S&T's Nondiscrimination Policy or Equity and Title IX.